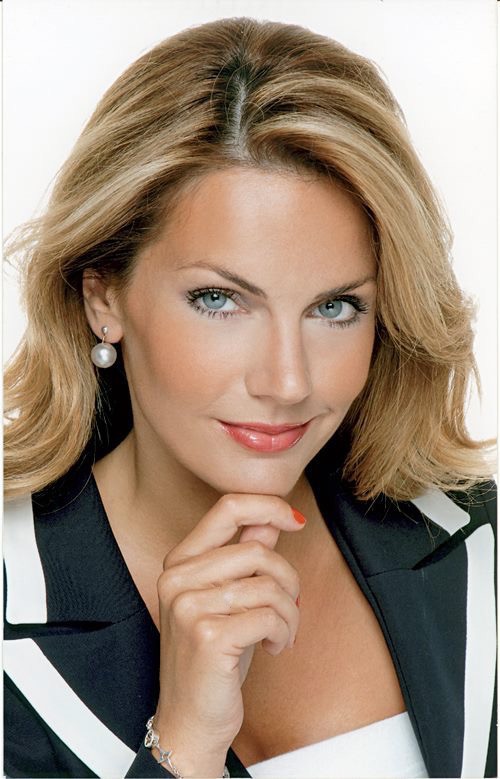 Emi Livaniou – Zisiopoulou is one of the most renowned anchor women of Greek Television.

Since 2013, she is Ηead of Special Editions at the Huffpost.gr, one of the most influential sites worldwide.

Since 2012 she has embarked on a new career in publishing. She publishes an Annual Review about philanthropists and foundations showing social solidarity with sectors of the community needing help during the crisis.

Since 2018 “The Power Of Giving” is growing and has become an online website. More specifically, the annual review displayed at the website www.dinamiprosforas.gr  which is the first news site for the country about charitable news and the first web portal that places volunteers and institutions in contact with each other.

She presents all the philanthropic news every week on Alpha tv station.

She has been awarded many times for her action in the field of solidarity and she has been elected member of the Board of Directors of the Pan – Hellenic women’s Athletic Association – Club “kallipateira” and “Maria Callas” Association. She is also a member of the Elpida, MDA and Elepap foundations which are the biggest in Greece.

She started her career in journalism as a co-presenter of the morning show “Good Morning Everyone” on Mega Channel (1998), and for the next five years she anchored news on Antenna and Alter TV channels. She was the main news anchor on Extra Channel.

In 2003 she presented the 3.5 hour, live morning show “Good Morning Everyday” for Star Channel. During her six years on the show, she presented more than 3.000 news stories, on the Arab World, Europe and North America with high ratings and favorable reviews.

She has been on numerous reporting field trips in the United States as well as   Europe: France, Germany, Belgium, Portugal and many other countries and she has travelled extensively in Africa and the Arab World (Ethiopia, Egypt, United Arab Emirates, Lebanon, Syria, Jordan, Tunisia), covering various topical issues such as cultural, humanitarian, women’s position etc.

From September 2010 until January 2013, she presented headline news on Bluesky TV channel.

One of the most popular TV Presenters in Greece, Emi Livaniou – Zisiopoulou has made numerous guest appearances on infotainment shows in the morning and primetime Greek TV.

Emi Livaniou – Zisiopoulou is a Law School graduate of  Democritus University and has attended courses in EC law at the Law School of Robert Schuman University in Strasbourg. She is a graduate of “Ergastiri Epagelmatikis Dimosiografias” (School of Professional Journalism) in Athens, Greece. She has also attended journalism seminars at the Leadership Institute in the USA and Greece.

She is the mother of two children, Konstantine 18 and Alexandra 16.